Hi There.
Can anyone tell me if the resolution that is recorded to the SD card is dependent on the wifi connection? I have one camera that seems to have issues streaming at HD consistently but was surprised to see that the recorded video on the SD card was the same? If the camera has local storage why wouldn’t the recorded image be at the highest resolution? That way if you had to download it for evidence you would have a great recording.

Hi @WyzeGwendolyn
Are you able to provide some insight into this?

If the camera has local storage why wouldn’t the recorded image be at the highest resolution? That way if you had to download it for evidence you would have a great recording.

One reason is to save space so you can get more days of recording time on the card.

Can anyone tell me if the resolution that is recorded to the SD card is dependent on the wifi connection?

The recording on the microSD card will be either SD ( SD or 360p app settting) or HD ( HD app setting).

Perceived quality of the viewed video stream definitely depends on the WiFi connection, and I have definitely seen more stuttering in HD recordings than in SD recordings on my Wyze cams.

I have started formatting my SD cards exFAT instead of the recommended FAT and the recordings ~seem to me~ to be a bit smoother. Long term success of this approach has yet to be proven though. 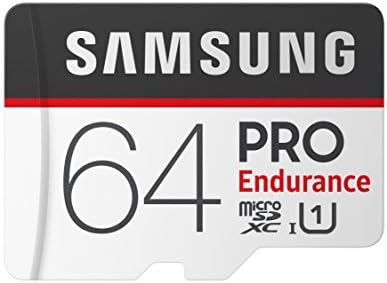 Using a microSD card with your Wyze Cam gives you the ability to record continuous footage and recorded events directly to your local microSD card.  A microSD card is not required to use your Wyze ...

Thanks @sodcam. You might be right about the stuttering but what I’m seeing is a reduction in resolution but the video stream doesn’t seem to stutter. It would be nice to hear from the Wyze folks as we should be able to set the recording resolution to the SD card regardless of any other setting or performance. I can live with a reduced resolution while I’m reviewing events etc but if I’m downloading a clip or reviewing a clip direct from the SD card it should be at a resolution that the user has picked.

In all seriousness, fab, please don’t trust those cards for anything important, or long term. As sodcam indicated the current recommendation is “high endurance” cards for continuous recording. My Wyze branded cards have been unreliable from the first week I got them.

As to your question, while I have no answer, I agree one would expect highest resolution to local storage, completely independent of the ability of the camera to push a bitrate across a live view stream. I’m sure some experts around here would know.

Thanks Customer and thanks @sodcam for the SD card recommendation. Totally agree re the trust comment. Was just curious from a technical perspective re the recording to SD as it seems to be dependent on the bitrate of the live stream which seemed strange.

Pure speculation, but maybe you must disable all active live streams to keep the bitrate high to the local storage. It would make sense that it only produce one quality of stream at a time.

You might be right about the stuttering but what I’m seeing is a reduction in resolution but the video stream doesn’t seem to stutter.

I may have used the word stuttering a bit loosely. Mostly what I get are brief skips and jumps, usually it seems, when something important happens.

What @FakePalindrome experienced in this video would be the extreme example.

For those who liked the first video here, here’s part two for you, I got a new plant that my cat seemed interested in, so I set up the Wyze cam, it worked its flawless magic and voilà! [image] Thanks Wyze for such amazing piece of hardware and software!

This below was actually copied straight from their website, but I have not seen them support, deny or elaborate upon it in the forum.

The recording on the microSD card will be either SD ( SD or 360p app settting) or HD ( HD app setting).

About all I could say is to agree with you and @Customer that it certainly seems to makes sense to produce only one video stream at a time.

At one location, where our hotspot goes offline more that it should, the continuous recordings don’t seem to be much better or worse that when the cam is actively streaming. Which is why I began focusing more on the cards. Luckily I never purchased any of the Wyze branded cards.

Thanks for tagging me in!

The resolution on the micro SD card should match the resolution you set with your live stream. If you’re seeing degraded quality, I’d recommend checking with customer support about it. Sorry for the weirdness!

It may be good to vote for independent settings for streaming vs local storage resolution in the Wishlist. But I don’t know if the hardware will allow it.

I thought the resolution in the app had nothing to do with what was recorded? It only changes the bandwidth to your phone and the quality you see on your phone screen. I found the compression and bandwidth to be the problem even on the SD card, it uses a ridiculously low variable rate. I noticed no difference AT ALL between HD and SD. On the phone you can see a difference though switching to 360p.

I always had mine set to HD in the past. It’s now on SD and I am sure my recording are still 1080P.

I had some real horrible frame rates though on my cam that had notifications turned on and pointed outside. It was always constantly being triggered by tree movement in the wind. The cards I am using I speed tested and they are good for 4k video at 30 fps. Despite this at times the video recorded “in HD” sometimes had only 8 fps in daylight! The video looked like a blurry oil painting. Normally I can see squares in the sky. I also noticed the recording length of the clips were all over the place some way longer than a minute and some shorter. I turned down the motion sensitivity and restarted the cam and it helped. The video are better and at 15 fps but the quality is still not what I expected. Looking at other peoples videos posted it looks similar.

I suspect that the camera constantly uploading to the cloud because of motion detection was causing it to drop frame rate and cause the overly long and short clips. I will set my cam for the next half hour and record in “HD” then another half hour at “360p” just to see if records different on the SD card or not.

UPDATE: I just got done messing with different settings and can confirm the app setting has no effect on SD card recording. All at 1080p at the same poor data rates. I threw in my 10 year old camcorder into the mix too set at lowest quality it would allow at 720P I am not going to tell you but one is at “HD” the other at “360” and my old camcorder at 720P. Take your guesses only 1 is obvious.