There’s no way to assign static ip to these cameras 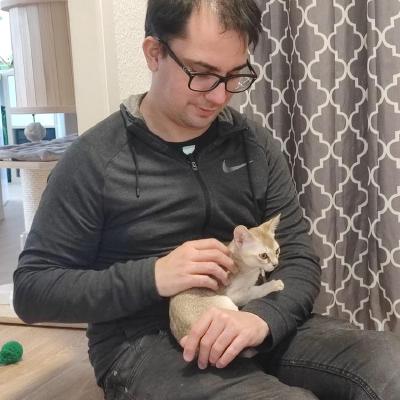 Contribute to EliasKotlyar/Xiaomi-Dafang-Hacks development by creating an account on GitHub.

Assign static IP’s in the router… The camera’s will still acquire an IP via DHCP, but they will be the same every time. That’s how I have all 10 of my camera’s setup.

Yes but that doesn’t provide the ability to alter the default gateway to kill Internet access (unless your SOHO router is particularly configurable). The Dafang approach will. (Of course so will any network running a “real” DHCP server.)

There is no way to assign “real” static (not static DHCP mapping) IPs to Wyze cameras via the wyze firmware, RTSP or not.

From the little I read, the Dafang hacks use different firmware, which it not the same thing. We are talking about trying to get the Wyze RTSP fw working reliably, which is just not possible because it’s sloppily coded.

We are? The person you responded to two days ago was using Dafang as well as Wyze RTSP. I thought we were talking about getting a stable RTSP feed from Wyze cameras, and @saxnix in particular was asking about disabling Internet access…

I am open to using the Dafang fw. I don’t really need the WYZE app at all.

We are? The person you responded to two days ago was using Dafang as well as Wyze RTSP. I thought we were talking about getting a stable RTSP feed from Wyze cameras, and @saxnix in particular was asking about disabling Internet access

I was, and didn’t notice the other poster mentioning he was using dafang. I was still hopeful that there would be a solution to resolving the wyze Rtsp fw but that’s just not the case.
Havent looked much at dafang fw, can it be flashed on the camera or does it sit on the SD card with a text file that has the ssid and password? Not a fan at all of this lack of security of that’s the case. Anyone have a link/wiki for the dafang fw that the v2 works with?

I don’t know. I haven’t found a good up to date primer for Dafang, and haven’t used it. It’s all open though (as is some of Wyze’s) so it might be possible to add additional encryption and/or other layers as desired.

dafang gives you a lot more granular control but the fw sits on an sdcard, configurable via a web server running on the cam. I personally haven’t found it to be more stable, but being able to change bitrates and encoding settings, as well as have mqtt and onvif control direct from the cam is useful. I found light detection to be fiddly indoors though, and the h264 compression seemed less efficient resulting in higher bandwidth for lower quality.

anyway, I run my cams on a separate vlan that doesn’t have internet access, and the wyze app thinks they are off-line, but they still generally work ok for home enthusiast level surveillance with zoneminder on rtsp. I do wonder whether not being able to upload the 12 second motion clip messes with the connection, but I haven’t noticed any correlation between motion or still when the feed drops and zoneminder reconnects.

because there are regular freezes and black outs during reconnect it doesn’t seem they are reliable enough for real security applications though. then again, any wifi cam on 2.4ghz is a risk really since high motion scenes will almost always pixellate unless you have a really high bitrate, which ends up choppy on UDP or high retry on TCP.

time to give up and go back to wired?

For what we paid it’s hard to complain.

For security purposes i wouldn’t use them but for casual viewing there fine.

Yup, my Wyze experiences have taught me I need to get wired cameras.

I used WiFi camera’s for over 10 years and never saw issues like the drops with these wyse cameras. I used a hodgepodge of brands and models. Many Dlink’s (932-934’s), couple Samsungs and a few Foscam C1’s. They werent rtsp, but they were WiFi and just worked, I used them mainly outside on the perimeter. Rarely if ever did i have a loss of signal. Started out using Ispy and moved a few years ago to BI. Just recently I moved all my perimeter cameras to wired POE, but mainly because using indoor cameras as outside cameras in the weather and having to plug their wall warts in was unsightly. Has Wyze addressed the drop out issue? My v2 are not rebooting from what I can tell as they come back online way too quickly, usually just a second or two. -Bill

In terms of how they work with the stock firmware there is no issues and they are great for the price.

As for the rtsp it works but its a patch work mess.
Of course they were never meant to do rtsp in the first lace so hard to blame them for this.

One wyze on rtsp and it works decent…two and it’s still ok with the odd wifi drop …three and things crap the bed big time like Depp’s ex.

For some reason they interfere with each other on rtsp and two seems to be a limit with one being better.

Back to experimenting with RTSP on my v2 cameras (firmware 4.28.4.49) and MotionEye (GitHub - ccrisan/motioneye: A web frontend for the motion daemon.), but this time in the author’s docker container) and have been very impressed with Wyze’s ability to “recover” from drops in the feed, whatever triggers them (I now suspect it is a wifi network congestion issue). I know this isn’t due to any new capability of motioneye/motion, because I’ve also got an Amcrest camera out there that drops off pretty much every day and has to be refreshed before it comes back. My new setup has all the cameras on their own VLAN, but only Internet access out on their own initiative. That means they can phone home to Wyze, but can’t initiate a connection to anything on the main VLAN. That main VLAN has full access to the VLAN the Wyze devices are on, which is how motioneye reaches out and queries them. I’m thinking the Wyze crew could offer a hint or two to the Amcrest folks on how to build a more robust RTSP server. Anyway, many thanks to the Wyze developers for their efforts!

@philnc , how do you have your VLANs setup?

Offical RTSP or ONVIF support would be awesome on the V3 camera. Does the V2 already support it like the V1? I know the v1 would drop connection often.

Does the V2 already support it like the V1? I know the v1 would drop connection often.

Odd, cause I set up RTSP on v1 and used with BI with that same firmware I believe. I used official firmware from Wyze, not the 3rd party method.

Ah, correction, I mistook my old cams as v1, but they are actually v2.

No word on RTSP on WC3 but almost weekly I get emails for new products, pre order, etc… sigh…