I have a concern. I received an email from Jimmy from Wyze on updates on pre-order releases. It seems to me that the continued delays in the outdoor camera and video doorbell (which I ordered) and the dates identified are significantly later than what is promised on Amazon. I would of expected that if the products are available Wyze would of sent those that ordered early in a pre-release order, to send them out before they start sending them to Amazon. I get the whole Holiday season and wanting to take advantage but I also think they could of been more timily with their mostly existing customers that went pre-ordering.

I also got these emails, but a couple things worth pointing out:

Video doorbell is not available for order on Amazon.

At worst, it appears that with their last order from their supplier, they told the supplier to ship a bunch to their distributor’s warehouse to process & fulfill orders, and a bunch to Amazon to process and fulfill orders. I don’t think they sent cams to Amazon first as a priority, but rather that they are being sent at the same time and that Amazon has a much more streamlined and effective way of handling their incoming inventory than the other 3rd party distributor Wyze uses. That doesn’t mean they gave priority to Amazon though.

Still, if it matters to you that much that getting cams a couple of days earlier is critical, Wyze has a return/refund policy, so if it does end up being on Amazon early enough to let you get it sooner, you can buy them on Amazon and cancel your order directly through Wyze. If you can’t cancel for any reason, you can just deny/return to sender the Wyze package when it comes. So there is basically no downside to them sending all the overflow of the new production group of cams to Amazon. Instead, you have choices. Problem solved entirely.

You can always just cancel entirely too…but do so knowing that Wyze didn’t actually betray you in some way. Amazon has better infrastructure than the other 3rd party distributor they use. They could charge a little and switch to another distributor…but I’m kinda against that too.

As said , the video doorbell is not available on Amazon
The outdoor camera is not a pre order item it has already launched , so there is no reason why it shouldn’t be on Amazon and it is. 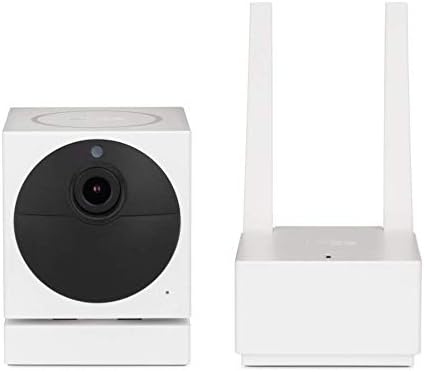 Their frustration is that the email about pre-orders still included the WCO as a preorder item that is running behind:

But instead of waiting customers getting them first, they sent a shipment to Amazon to allow new customers to order and get their device before those who have been waiting…which seems to violate the First In, First Out standard…though Wyze’s explanation for why some got them earlier than others was as follows:

We’ve been running behind with preorders placed for Wyze Cam Outdoor Starter Bundles because of a temporary shortage with the WiFi module that we use in Base Stations.

This is why some people received single camera units earlier than folks that preordered the Starter Bundle around the same time.

We will plan timing to reopen orders once we get through the remaining preorders.

I was thinking that the explanation for why Amazon got them already is that the recent batch was split with some going to Amazon and some going to the normal distributor (who is slower), but that may not be the case afterall…I mean, they did the same thing with Home Depot earlier, where Home depot got orders for WCO while people who ordered a month or more earlier were still waiting on their pre-order…

Perhaps the explanation is better understood in this context:

…units are packaged in either multi-packs or individually depending on how many you ordered. Due to this, it is possible that outbound shipments may slightly fluctuate from first-in-first-out depending on the supply of each at the warehouse closest to you.

It could be that a large “order” to the manufacturer was instituted for Amazon early on as a sort of customer themselves in a way (they do get HUGE HUGE profit cuts off their sales, and they are personally storing them just like others reselling these devices on their personal ebay stores, etc), and so on the First In First Out standard, Amazon was in line for their order before others…so in a way it actually is fair…just like ebay store sellers were offering Wyze Cams before many pre-order people got their order…

I dont know how Amazon specifically works, but a lot of other major retailers have their own import companies. Amazon may have picked theirs up in China, which is a no brainer for any company.

Thank you for clearing that up. I would not say I had a feeling of betrayal but wanted to know what was going on. I have bought Waze products in the past and feel they have a good value for what products they have. I will monitor the situation and hopefully wait for the new products to be delivered as indicated.