Installing WYZE Cam outside - one approach

ok so why is RT saying a wifi bulb won’t work. that’s exactly it, I want my wyze cam on at all times.

ok so why is RT saying a wifi bulb won’t work. that’s exactly it, I want my wyze cam on at all times

A Wifi bulb will work, it’s just not necessary to accomplish what (I think) you’re trying to do. Using one will give you some added flexibility as to when the light comes on/off. It’s just that using a standard dusk-to-dawn bulb is simpler and less to troubleshoot if things aren’t working as intended.

I got it. thanks, is the picture on amazon of the bulbs I sent good? is that what you are talking about?

…is the picture on amazon of the bulbs I sent good?..

I see nothing in the description that makes me think it won’t work. Personally I don’t care for the bulbs with clear glass because, to me, the light is very harsh. My preference is a frosted bulb. These are what I’m using: 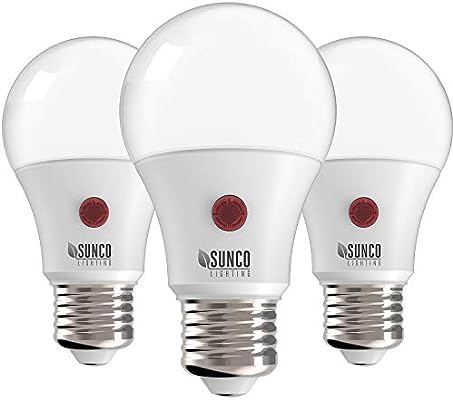 definitely I agree with the bulbs, It’s just the first ones I found on amazon, I just want to show you what I thought you meant.

thank you very much. I’m on amazon now.

Now when I replace the fixture, I can still use these but just not get the dusk to dawn light fixture?

Just make sure you get a fixture that doesn’t block the light sensor on the bulb. Should work fine.

ok got it. thank you. It’s about time I change anyway, 12 yrs is a long time, these fixtures get dull looking after a while

I am so lazy. Really? Tell us how lazy are you. My newspaper delivery person is great. They always put my morning paper in the long plastic newspaper box/tube attached to the side of my garage. I have the open end facing the house so I can see (most of the time) if the paper is here. The newspaper delivery person is has to get out of their truck and put the paper in box since the opening faces away from the street, But I thought it would be nice to get an alert when its here. So, I took one of the old Wyze motion sensor and with velcro mounted it 90 degrees facing the other side of the box at the closed end of the box. When the paper is inserted, there is just enough motion to trigger an alert. But because it does not face enough toward the opening, walking by it does not trigger the alert. Perfect. But wouldn’t it be nice to also have a camera in there? So, I opened tv cable distribution junction box under where the newspaper box is mounted… I measured and drilled through the back of the box and into my garage. Added a Wyze wifi plug and Wyze camera adapter to a close by outlet. Fed the Wyze camera cable thru the hole and out the front of the tv cable distro box, under the newspaper box and along the underside where it comes up to an opening on the bottom of the closed end of the newspaper box. Then mounted the new Wyze V3 spotlight on a Wyze V3 camera and using a piece of velco stuck the camera at the end of the closed end of the box. Fed the Wyze cam cable down thru the opening and plugged the cable into the cam pigtail. Bingo !

Now, I get an alert when the paper arrives. I can open the Wyze or call out to Alexa Show or Nest Hub to show me the Box Cam and see what video detection recorded coming out my gate from my front porch. And a mounted hidden Wyze camera outside at the street facing the house with a spotlight I can turn on whenever needed. The V3’s night vision is so darn good though, I don’t even need the spot. Wow. All for $30.

If you could get the delivery person to hold up the newspaper you could read it from the house on the V3.

I use these from Amazon in those same exact outdoor boxes.

THAT’s funny. Thanks. I will ask about that.

You can make night vision work through windows. Mount the cam face tightly to the glass by using a silicone sealer. Be careful to use it sparingly. The weight of the camera must still be supported by some method, but keeping the lens tight to the glass is the key. Same with screens.

How did you route the cable up the soffit to the attic I presume, without making any holes? Also, how did you connect the cam to power? Thanks in advance.

Looks like a more durable solution than the Wizen outdoor cam, which has a battery that dies after 1 winter.

I don’t think condensation will be a problem. Ventilation will help keep the enclosure at the same temp as the ambient air. The hardware doesn’t have enough mass to remain cooler than the outdoor air during the day to night temperature swings.
If condensation was a problem, I would think all the outdoor cameras would suffer issues. The seals over the SD cards are drip proof, but not moisture proof. Even the seal used to make thermopane window glass leaks in moisture over time between the panes of glass. And that seal is excellent.