1st video shows entry from wall window. He avoided front door where entrance was lit and a camera pointing towards it.

Burglar might have found living room camera after 5th video

6th video show last clip of burglar. He definitely found camera after 6th video and must have unplugged camera and wifi which was on top of fridge.

Have been trying to find police strobe with siren that can be used with smart plug that can be triggered when person is detected but unsuccessful so far.

Integrate google home mini as an alarm system. (But i guess thats more a request for google to work on)

Have a couple of old speakers lying about unused (the ones with red/back wires that you have to attach to the main unit) . Would be nice if wyze could create a device that can use old speakers as an alarm and audio cast system. Each speaker box can then be a standalone alarm/audio system.

I would just get on Amazon and buy a regular strobe light for like Halloween or something, plug that into the plug and set up the person rule as you would normally. Just having strobe lights (maybe multiple) would really throw someone off and catch them off guard… And tell all the neighbors that if they ever see strobe lights going in the house to call law enforcement.

But you were definitely have to make sure to turn them off when family walks in late at night make sure it’s disabled before you walk in otherwise you’re going to have some friends showing up.

Here’s a stroke for pretty cheap for example
https://www.amazon.com/dp/B07BJJ86D9/ref=cm_sw_r_cp_apa_fabc_EA19R7JVXE4MJVD59EH4

And if you do a search for siren on Amazon you come up with quite a few things, here is something I’m not really sure if it works like I hope, but if I’m reading it correctly if you set it up so the plug turns off when a person is detected the siren would alert.
https://www.amazon.com/dp/B07JPL7W7N/ref=cm_sw_r_cp_apa_fabc_HNCFMSX8ZPR6YHVN0BP7

Most burglaries are by someone local that knows the victim/property. You didn’t recognize them?

Alexa devices can be set up to use triggers do various kinds of sounds at full volume. You can even do them in stages, like have motion or person detection at the front door trigger a dog barking noise, then other sensors and such can trigger other loud warnings. You can even use custom statements like telling them their face has already been captured and uploaded to the cloud, and they should leave now or whatever. Echo Dots can get pretty dang loud, and you can set up the routines to play the sound alert routines at full volume and then go back down to a normal volume after they’ve played (for when you come back home).

I hope that stupid manbag alone is enough for the cops to nab that scum. Good luck.

That’s unfortunate that your parents house was robbed, but good that they had cameras to capture his face. Since he stole several cameras, one would think he may have worn a mask or hoodie to protect his identity (although, good for your parents he didn’t plan ahead to do so).

You mentioned that you want to secure their future cameras up higher so they’re out-of-reach.

I purchased a few sets of the camera mounts shown below and they work well for us. The cameras are not readily accessible to grab and put in a Murse like he’s using (male purse

). In addition, the camera is screwed onto the base vs just a magnet holding it in place. 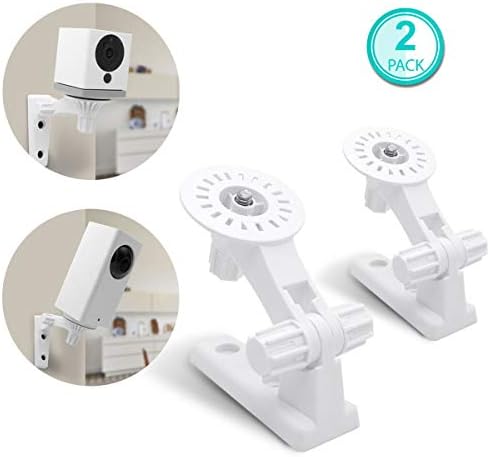 Of course, there are many other mounts available if the one above isn’t secure enough for your placement locations.

Were your parents home at the time of the robbery (hopefully not)?

Let us know if the guy was caught and if your parents were able to get their valuables returned.

HI @yongchai Good you had those cloud uploads. Was anything of value taken?
Usually 1st break in is to setup burgle by second party. How did he gain access? Get an alarm system!
It may not stop another burglary but you’ll know if premises secure and may reduce what is stolen.

Well if you leave those cams on your app, I don’t think anyone else can connect them to another account. SO they will be useless to anyone else

No that’s not true at all, unless they happen to all be the Wyze Cam Outdoor model. The others can be trivially reset and used at will on other accounts.

I agree with Customer. I think this feature was only enabled for the WCO, all other cams can be stolen and reset and re-sold with full functionality unless Wyze recently updated this without me realizing it happened.

unless Wyze recently updated this

exactly, camplus would save longer clips and instantly upload and alert so the event is already saved and alerted if they try to disconnect it