Basically anything you’d do with a voice assistant, without needing to yell out. (I have young kids, and yelling out to Alexa isn’t always a great option

Never heard of this but the Amazon reviews are awful, about 3 stars. Do you find them useful?

Why can’t you just have it launch Alexa routines? Why would Wyze or IFTTT need to be involved? Not sure about camera waypoints but I think you can do the other requests that way…

I don’t think you know what Flic is, and I don’t believe they’re even available on Amazon…

Edited for more detail: Though they will, “in the near future”, be able to run alexa routines, you still can’t, for example, toggle a light with a routine because alexa doesn’t execute a routine based on the current state of a light. I currently have a few LIFX bulbs, which are directly controlled by the Flic, and therefor I can use the same input (click, double click, hold) to turn on and off lights.

I don’t think you know what Flic is, and I don’t believe they’re even available on Amazon…

No, I told you straight out I’d never heard of them, and they are listed on Amazon, which is where I found the 3 star reviews I mentioned. Reportedly they suck. Their Android app is similarly rated 3 stars there. Who in the world would lie about such a thing? 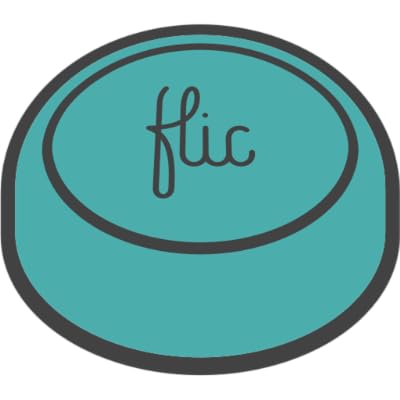 Further, if they’re sold for automation and they can’t even launch something in Alexa, that does sound awfully sucky… I don’t know why Wyze would want to cast its lot on a sinking ship.

That’s strange, it doesn’t show up in my search. Regardless, shows how bad relying on Amazon reviews are as a sole source of information. Also regardless #2, I like them and requested direct integration.

I just bought a starter kit and can’t wait to get them now that they have direct Alexa integration with routines. Closest thing to SmartThings integration at this point I believe to try and tie things together. I’m hoping I can at least toggle Wyze plugs with the Flic button, along with the Wyze bulbs.

Since the Wyze Floor Lamp and Flic buttons/Hub are Bluetooth based. A Flic integration would be a great thing to be able to use Flic buttons. It could possibly lead to Alexa integration through the Flic/Alexa interface,

I finally got my Flic set and they work great (they are pricey though). I can control my Wyze plug, and kickoff other Alexa Routines no problem. The 3 star reviews in Alexa are not warranted - they work great to kickoff routines. Very solid implementation. I do not miss the Ikea and SmartThings Buttons which will now collect dust.

I agree, Flic buttons are fantastic. They will be releasing a twist button soon and it would be awesome to be able to use it as a dimmer for Wyze bulbs.

Flic buttons are a game changer, I have them now everywhere, they control everything and I have built elaborate routines that are triggered by a push on a strategically placed button. I love Flic so much that I am willing to replace all Wyze bulbs with another brand if they don’t offer Flic integration soon.

I just got a bunch of flics and they’re great. You can use them for so many things. I have one on the underside of a table that turns on the tv and soundbar in one go. No more looking for the remote!

They already have direct integration with Philips Hue, Ikea, Spotify, Sonos, Google Chromecast, and many others, so the idea that flic is bad seems to be baseless but for a few reviews on Amazon - a site they don’t really even sell through.

Direct integration with Flic would be a game changer for me.

Having issues with IFTT and came back to this thread to again ask for integration between flic and Wyze!

Came here looking for direct integration, too. Watching some youtube videos on what they can do gave me so many ideas. But most importantly, I can’t install the wyze switches in my apartment and I am looking at these as a work around for that. I want to be able to install wyze bulbs in my overhead / mounted lights and use a switch / button to control them. Someone always turns off the switch in the wall though, cutting the power to the bulbs and making them useless.